All Home Simulators
For this resource, we’ve partnered with Stormbirds, a news and blog website dedicated to aviation and PC flight simulation. Stormbirds offers free editorials, historical information on aircraft and tactics, and news and events from the simulation world.

The current flight simulation market has both historical and modern combat flight simulators available, depending on your interests. In historical simulators, you may find yourself flying a bi-plane or tri-plane in World War I and dealing with the hazards of early aviation, or perhaps taking a legendary aircraft into World War II’s large scale air battles. Modern simulators replicate state-of-the-art aircraft and offer challenges such as working with sophisticated sensors like radar and FLIR (forward looking infra-red) as well as confronting hazards like short range missiles and surface to air missile batteries. Combat flight simulators also offer unique non-combat military flying experiences such as mastering the art of carrier landings or learning how to conduct air-to-air refueling operations.

For a more interactive version of the material discussed in this guide, watch our Introduction to Combat Simulation Webinar from July 2021. In the webinar, Colin from Stormbirds discusses how to get started, including the most popular titles and add-ons.

Why Play a Combat Flight Simulator?

Both combat and civil flight simulators offer the same basic flying and those satisfying moments such as the first time you take off and land, or the joys of successfully navigating from one place to another. However, combat simulators include the ability to simulate advanced combat operations, which adds a new level of excitement and challenge to the simulation experience.

Depending on your interests, challenge yourself with:

Try your hand at carrier takeoffs and landings, mid-air refueling, and formation flying.

Experience systems typically found only in combat aircraft, from managing a 1940’s era piston engine to operating the precision weapons and sensors of modern times.

Combat flight simulators do come with some limitations, the most notable being that none currently simulate the entire world. This drawback means that you can’t fly to or from any airport on the planet; instead, you are limited to the areas that the simulator offers either by default or through add-on products.

Note that civil aviation simulators also offer the ability to fly military aircraft. FSX, Prepar3D, X-Plane, and Microsoft Flight Simulator 2020 all have combat aircraft available as part of the default simulator or via add-ons from third parties. Many of these aircraft are high fidelity and feature authentic avionics and systems. The difference between these offerings and those of a combat-specific flight simulator typically involve weapons and some systems simulation. Most civil simulators offer limited or no weaponry and don’t have the necessary assets to simulate a complex combat scenario (i.e. air defenses, tanks, naval ships, etc.). However, they can still offer compelling flight experiences in military aircraft types.

Getting Started in Combat Flight Simulation

To succeed in a combat flight simulator, you first need to learn the same basic flying skills as general aviation, such as take-off, landing, flying and navigating from point to point, managing different types of weather conditions, and managing basic aircraft systems. Then you can add to the challenge and excitement by incorporating elements of air-to-air combat and military-specific flying.

The best way to get started with a combat flight simulator is to determine the type of experience you want. Then, pick one of the simulators and content packages that best supports that experience.

Are you looking to fly a modern combat aircraft with guided missiles and precision bombs, make use of radar, or perform in-flight refueling? These are typical in a modern military simulator. Or, would you prefer something from a historical setting like the swirling dogfights of World War I or II? These key decisions will help guide you to the simulator that suits you best.

The next of section expands on some of the most popular combat flight simulators currently available.

This guide provides an overview of three combat flight simulators: DCS World, IL-2 Sturmovik: Great Battles, and IL-2 Sturmovik: Cliffs of Dover Blitz. A comparison table is available below for readers interested in a brief summary, and further sections describe each simulator in more detail. This section concludes with a list of other combat simulators that are also worth researching. 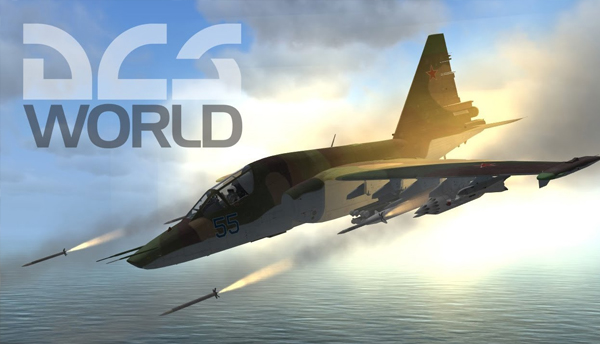 A free-to-play combat flight simulator and that has been built from over 20-years of experience. 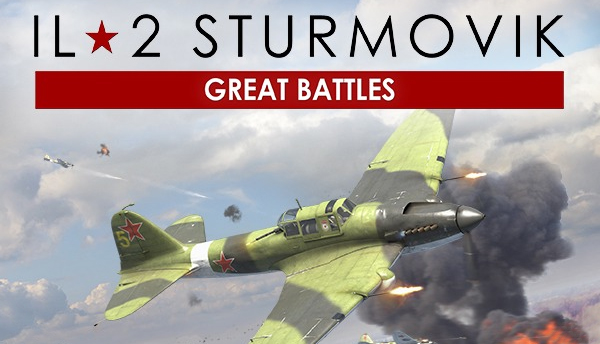 The third generation of the legendary series of WWII air combat simulators. 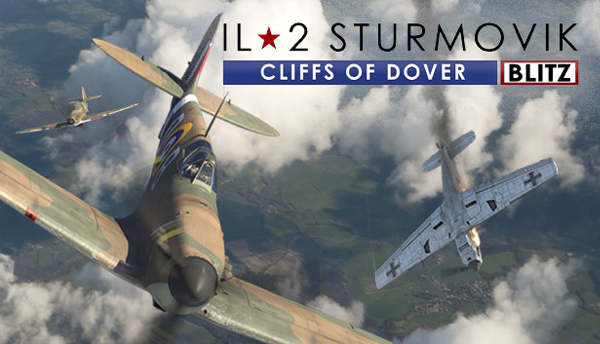 Focused on World War II air combat over England and in the skies over North Africa.

Digital Combat Simulator (DCS World) by Eagle Dynamics is a free-to-play combat flight simulator and that has been built from over 20-years of experience. The free-to-play experience includes a modern Su-25T, the TF-51D (an unarmed trainer variant of the famous P-51D Mustang), the Caucasus modern era map, and a wide variety of computer-controlled air and ground assets.

From there, additional aircraft, maps, and campaigns can be purchased on Steam or direct from the Eagle Dynamics online store. DCS World offers a range of aircraft and theater scenarios from modern air combat back to World War II, depending on the content that you purchase. Specific scenery packages include the modern focused DCS: Persian Gulf, DCS: Syria, DCS: Nevada, and the WWII focused DCS: Normandy (often bundled with DCS: WWII Asset Pack), and DCS: The Channel Map.

DCS World is focused on high-fidelity, highly detailed aircraft experiences where nearly every button, dial, lever and switch is modelled and accessible using a clickable cockpit interface accessed by your computer’s mouse. A few legacy aircraft do not have clickable cockpits (including the free-to-play Su-25T and the legacy aircraft available in the Flaming Cliffs 3 bundle pack) and have simplified systems, however, the vast majority do. The simulator offers training missions, single player scenarios, campaigns, and multiplayer. Support for VR headsets is also included.

Options for new aircraft are constantly being added, but current highlights include:

DCS World’s steep learning curve can be made much more bearable by taking advantage of the many developer and community offered tutorials. Below are some resources you may want to consider.

IL-2 Sturmovik: Great Battles Series is the third generation of the legendary series of WWII air combat simulators. It is produced by 1C Game Studios and features a variety of World War I and World War II combat scenarios, with a focus on both eastern and western front battles of World War II.

Each "battle" in the series is sold as a complete package that includes a selection of historically and period appropriate aircraft, a historical map with time appropriate landmarks, single player missions and career modes, and multiplayer.

The series has recently added a tank focused expansion turning the series into a true combined arms simulation. Some additional aircraft and vehicles are also sold separately of the bundled packages as part of the “Collector Plane” and “Collector Vehicle” series that lets you expand your experience with additional aircraft.

Each title in the series is part of an integrated whole that allows you buy what you want with full multiplayer compatibility across all scenarios (provided that you own at least one aircraft in that scenario), making the series easily approachable in multiplayer even without the full collection of content.

IL-2 Sturmovik: Great Battles distinguishes itself from DCS World by making a larger number of aircraft available and offering a slightly easier learning curve through automating some aircraft procedures such as start-up and shut down. Other features such as complex engine management, icons, and other features can be toggled on and off to aid in learning the sim.

This version of the IL-2 Sturmovik series is focused on World War II air combat over England in their Cliffs of Dover base title and in the skies over North Africa with their recently released Desert Wings – Tobruk DLC package.

Although the Cliffs of Dover series is slightly older than the Great Battles Series, it still offers plenty of content and has an active development team under the stewardship of Team Fusion Simulations. Cliffs of Dover focuses on the Battle of Britain and the desert air war of North Africa and offers unique scenarios typically not found in other combat flight simulators.

For training, the series includes detailed PDF manuals for each aircraft.

In addition to the three major combat simulators listed above, consider the following simulators that are also on the market: 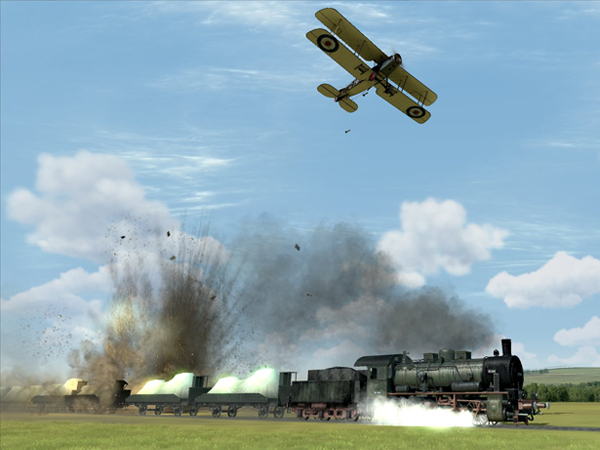 Made by the same team responsible for the IL-2 Sturmovik: Great Battles series. Rise of Flight may not have VR support, but it is a mature and cost-friendly World War I simulator. 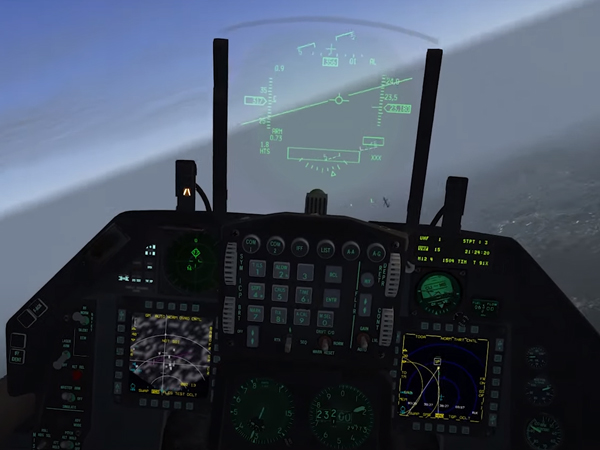 Falcon BMS is a free update and modern modification for owners of Falcon 4.0, a simulator first released in 1998 that was ultimately made open source. It focuses on the F-16 Fighting Falcon. 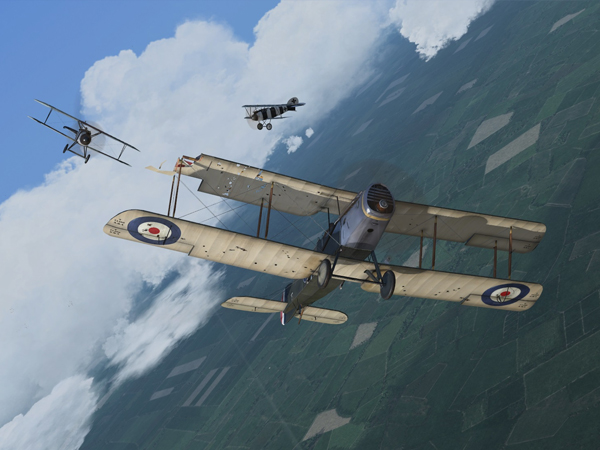 A WWI simulator made by OBD Software, Wings Over Flanders Fields remains in active development and offers over 80 historical aircraft. 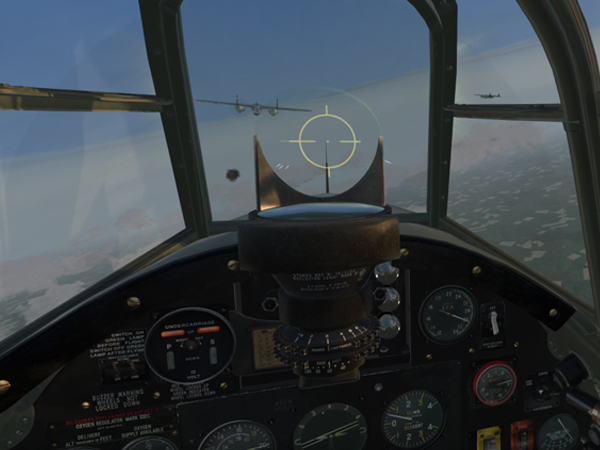 Wings Over the Reich

Made by the same OBD Software team that maintains Wings over Flanders Fields, Wings over the Reich focuses on the Battle of Britain. It plans to expand over time to include the rest of the western front air war during WWII. 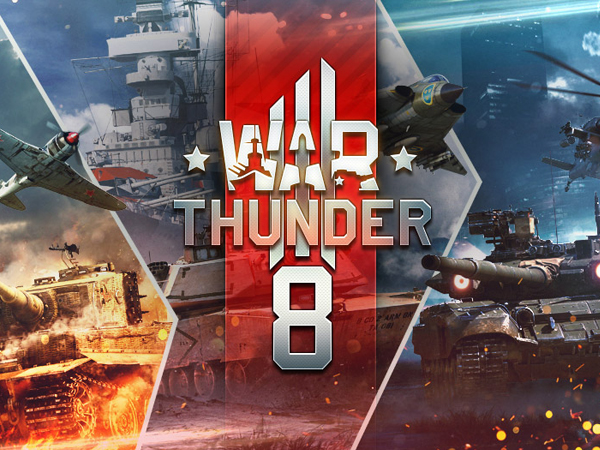 A popular free-to-play multiplayer simulation with paid premium packs and boosters, War Thunder has both arcade and simulation focused elements and features a massive roster of aircraft, tanks, and ships as part of its offering.

In addition to the primary software packages, there are some additional utilities that you may want to add to your experience: 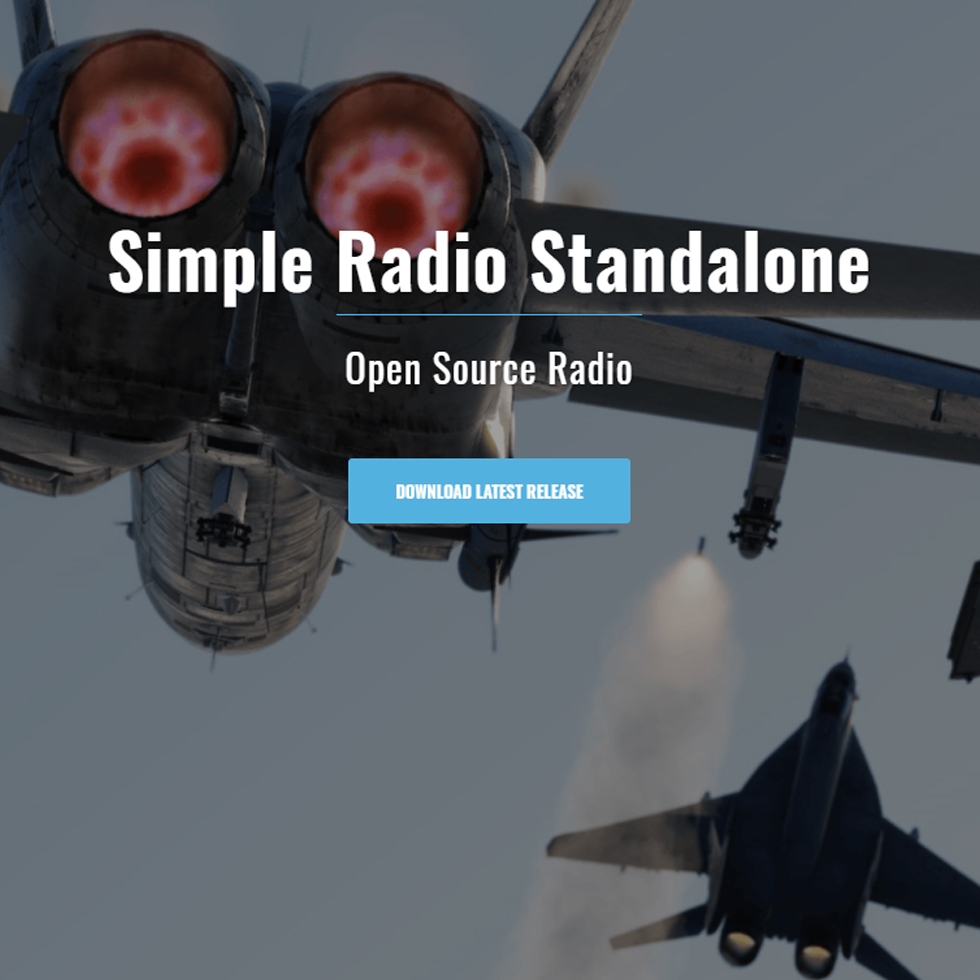 Free VOIP system that integrates with the IL-2 and DCS World. Simulates a radio with realistic voice modulation.

Free VOIP system that integrates with the IL-2 and DCS World. Simulates a radio with realistic voice modulation. 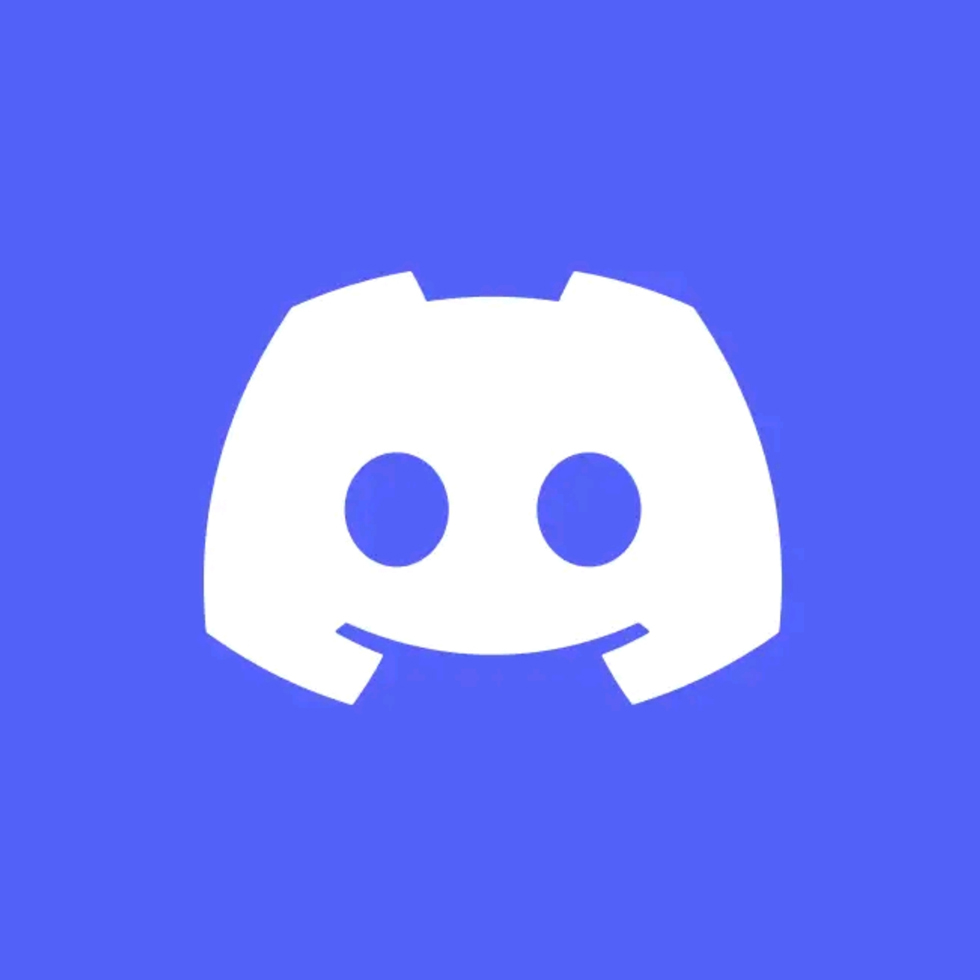 Text and voice platform used by study groups, gaming communities, and clubs around the world. 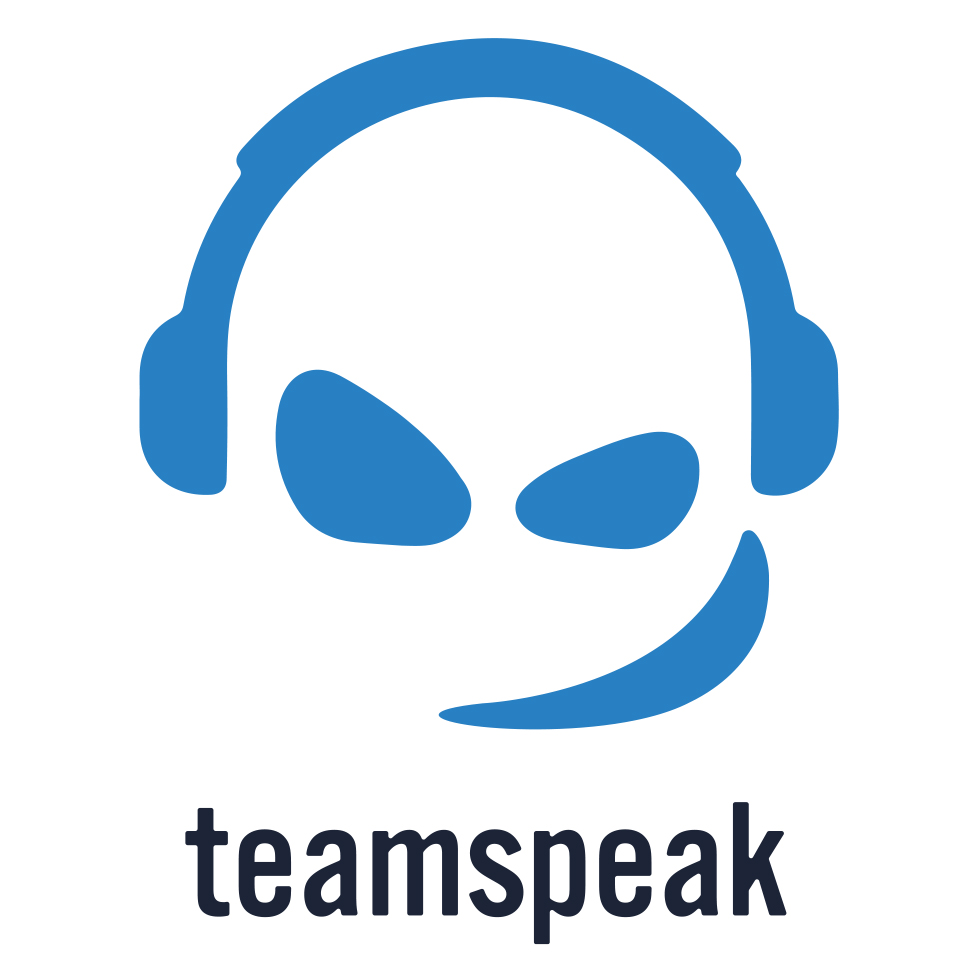 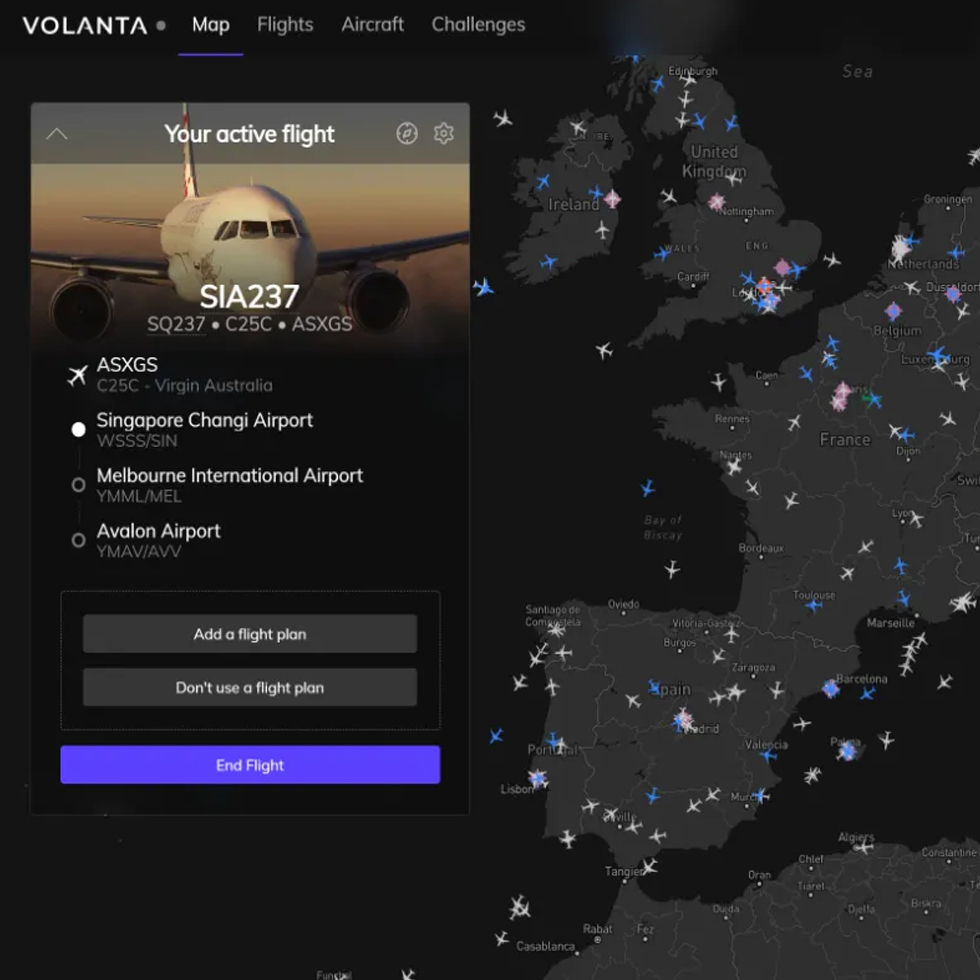 A smart flight tracker that integrates all flight data across all major sims. 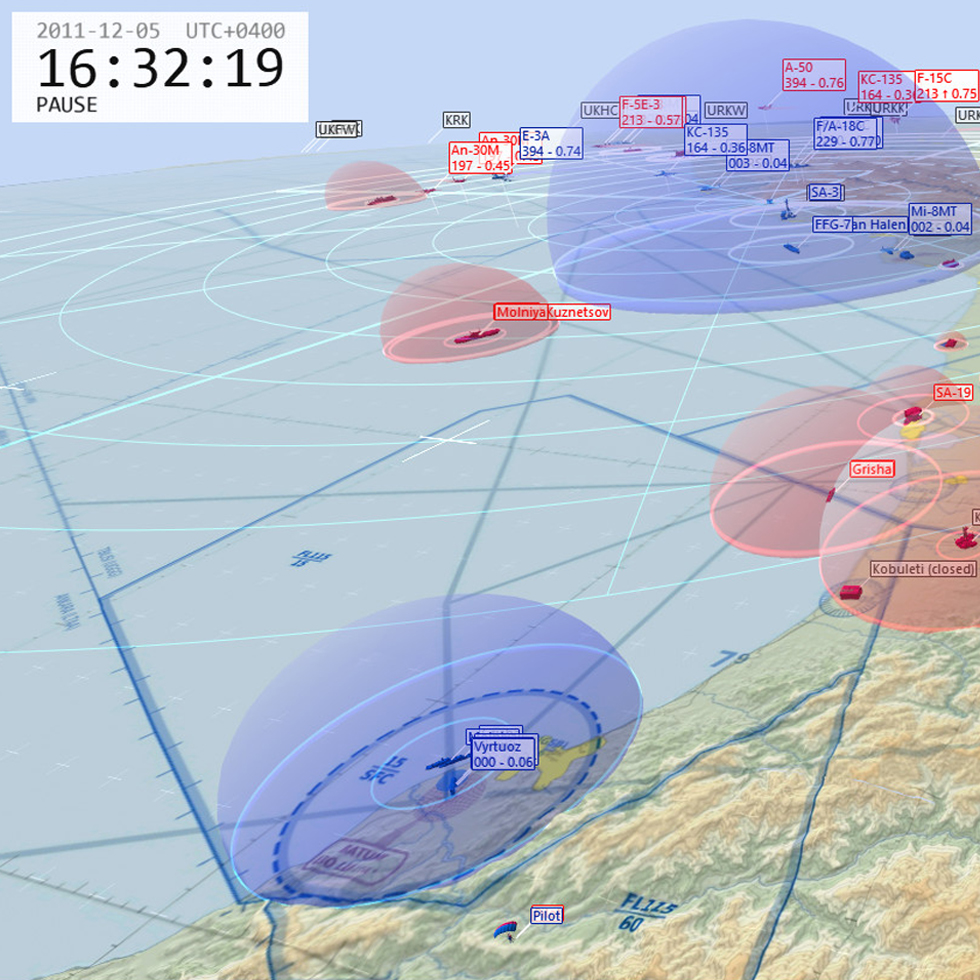 Companion software for IL-2 and DCS World that lets you recap and review past flights.

If you are planning to build a dedicated flight simulation computer or upgrade an existing setup, consult Step 2 of our Simulator Setup Guide. The hardware recommendations in that guide apply to any desktop flight simulator, including combat-specific builds.

A minimum recommended setup includes a joystick with a twist axis (for yaw control), and a throttle control with configurable buttons. More expensive options include a HOTAS (hands on throttle and stick) solution that features a stick and throttle with multiple buttons, switches, dials, and other controls. For a more immersive experience, separate rudder pedals can also be purchased.

More details for the above hardware, including popular products across the community, are available on our Hardware Guide. In addition to the existing recommendations for Thrustmaster and MFG Sim in that guide, VIRPIL and VKB-Sim are well-known for specializing in military flight simulation hardware.

Most combat flight simulators support a variety of head tracking devices. Although view control and panning can be done with a hat switch on a joystick, via a mouse, or with the keyboard, a better experience can be found when using a headtracking device.

Check out our Virtual Reality Guide for more information on getting started with headtracking and virtual reality!