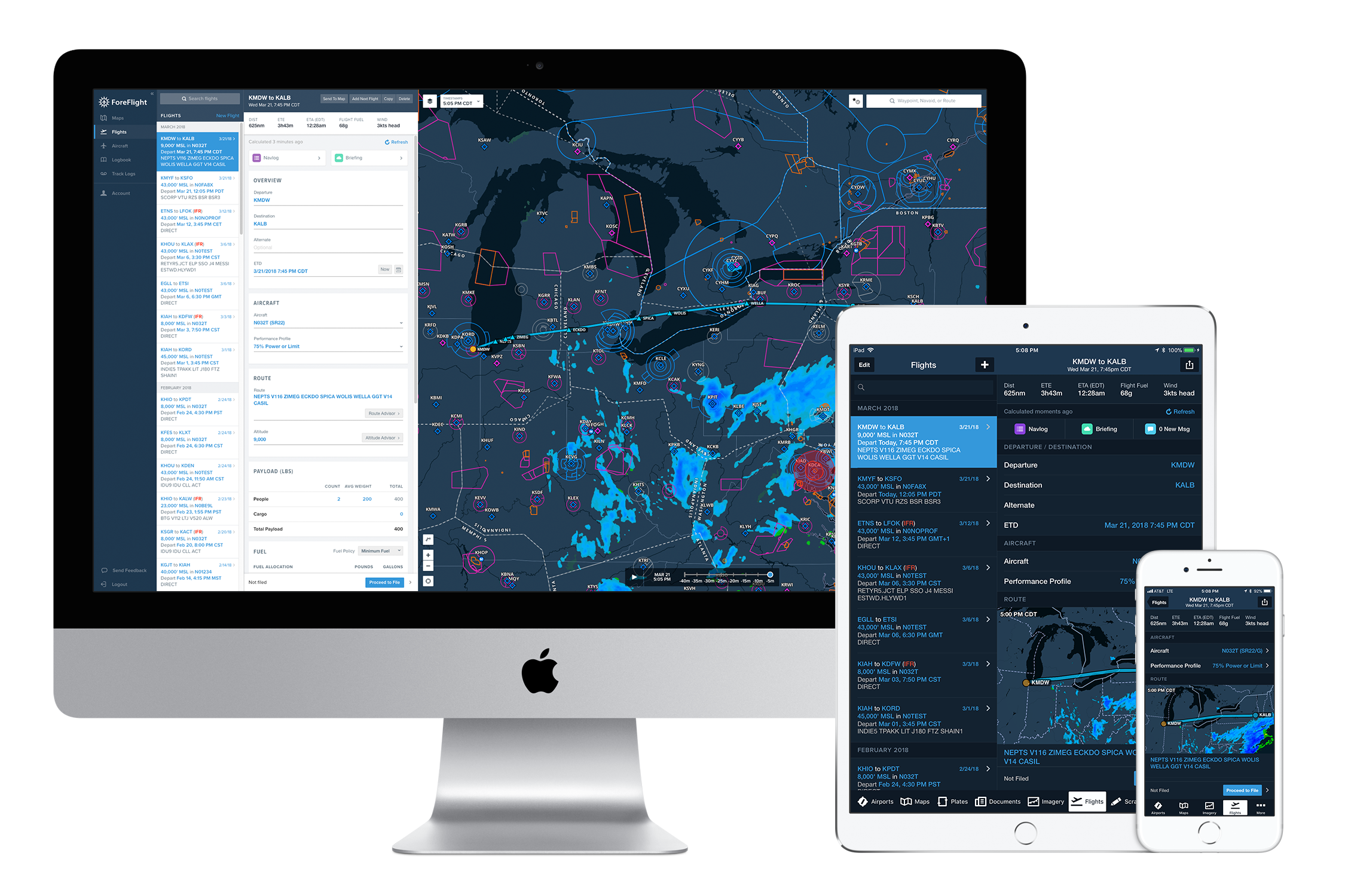 Many real-world pilots use an Electronic Flight Bag (EFB) on an iPad or other tablet while flying. EFBs can be used to retrieve charts, plan routes, check weather, and much more, while in the air and while planning a flight.

Depending on which EFB you use, there is a good chance you can connect it to your simulator, where it will function almost exactly as if you were in the real airplane. Using the simulator as the "source" for the EFB, you'll be able to view your aircraft's position, moving maps, synthetic vision, and other flight parameters. In some cases, you can even view real-time flight data, such as pitch and bank, and record your flight so you can review and debrief later.

Click through the tabs below to view some of the best-available EFB apps for simulator pilots. Each tab includes links to instructions for connecting the app to your flight simulator. In all cases, you’ll need your tablet to be connected to WiFi on the same network as your flight simulator computer.

Navigraph Charts provide aeronautical charts and flight planning for VFR and IFR flight simulation. The data is sourced from Jeppesen, which ensures synchronized information between all apps and software.

Navigraph’s apps for iOS, Android, iPhone and Windows/Apple Desktop can be connected to your simulator using the Simlink client software. This connection enables the Moving Maps function, which displays your simulator aircraft position overlay in real-time for increased situational awareness.

ForeFlight is available via subscription. It is designed and priced for real-world pilots but available for flight simmers too. ForeFlight can be connected to the primary desktop simulators:

FltPlan Go is a free EFB that provides many of the features found in ForeFlight but at no cost. It’s available for iPad, iPhone, Android, and Windows devices. It is designed for real pilots and flight simmers. It’s one of the only apps that allows free chart access for Canada (and also covers the United States).

Within FltPlan Go, users can access charts (for free) for Canada and the United States.

To connect FltPlan Go to your flight simulator:

Although it’s not an EFB itself, the XMapsy EFB connector, compatible with FSX, Prepar3D, and MSFS, can be used to connect almost any EFB to any simulator. XMapsy will also depict traffic from the simulator on your EFB, replicating the ADS-B traffic visualization that many EFBs offer. A fully-functional "try before you buy" feature allows you to experiment with XMapsy before purchasing it for $18 from SimMarket.

Real World Pilots: How Training With an EFB Can Help

Hover over each image below for examples of how an EFB can help with real-world training. 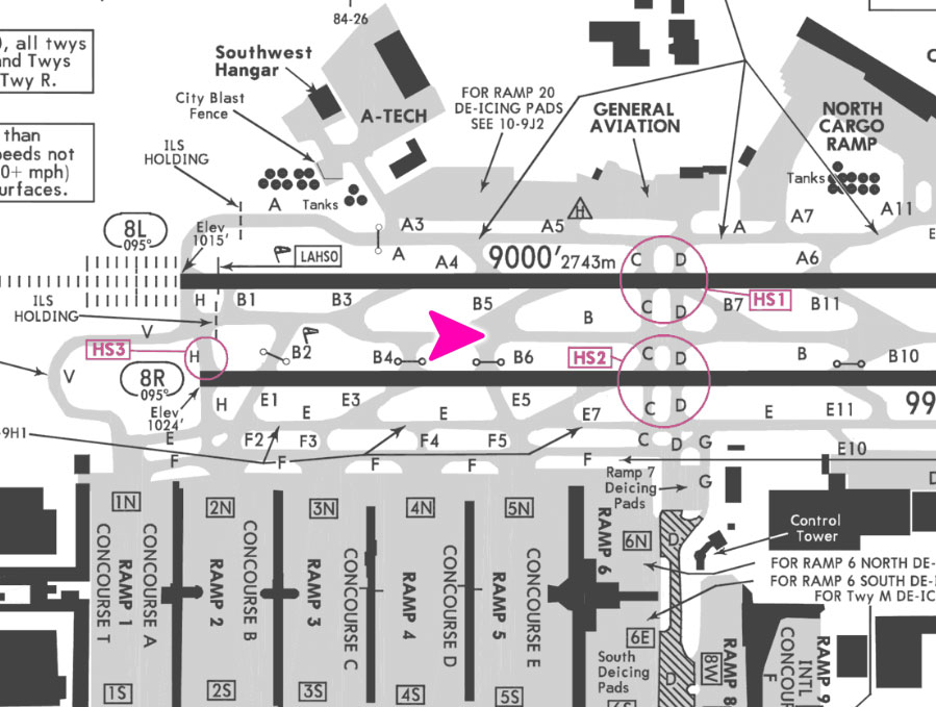 Depict your simulated aircraft’s position on the EFB, just like in real life, to help with situational awareness while taxiing and flying. 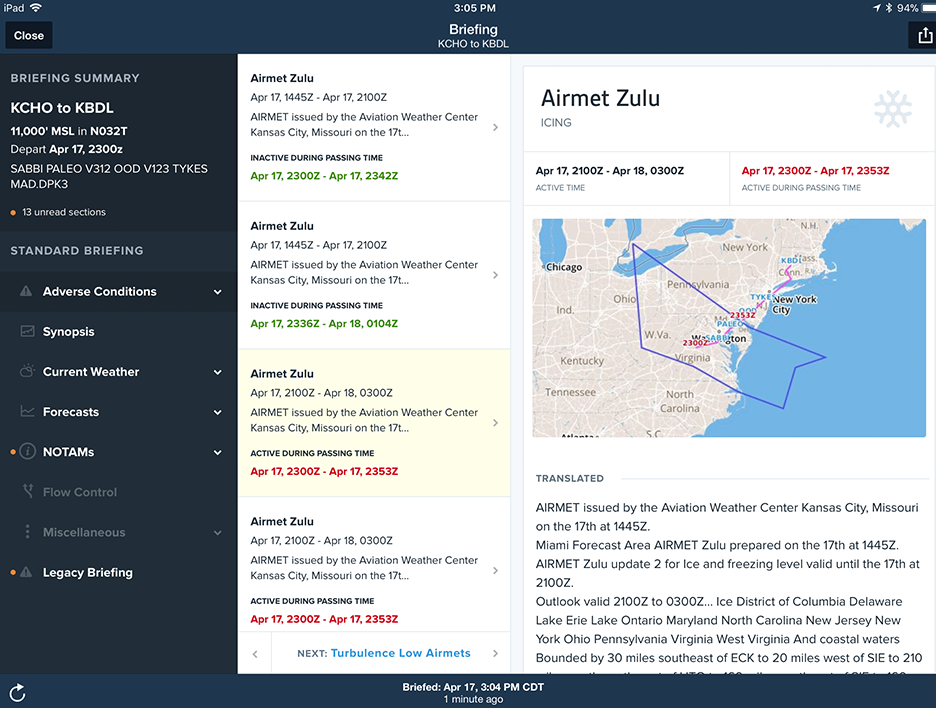 Consider using your EFB's built in flight planning and briefing tools to prepare for your simulator flight—just like you would in real life. 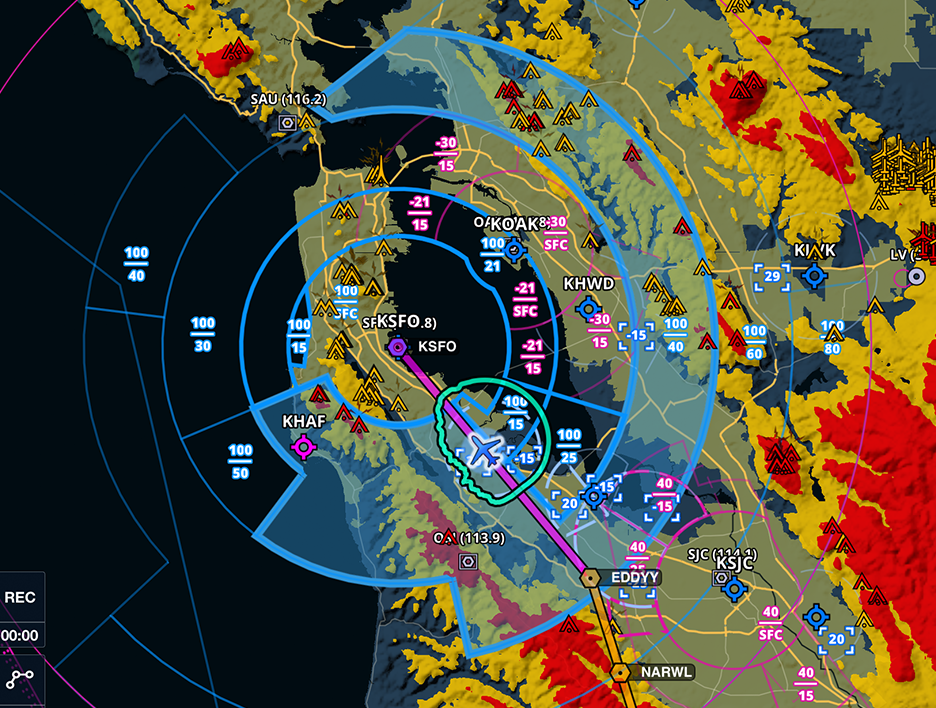 Explore lesser-known or little-used features of your EFB to stay proficient.

For real-world pilots, connecting your EFB to the simulator is a great way to experiment and learn lesser known features. By practicing different ways to perform a task, you may discover a more efficient way for you to do certain things. For example, experiment with different ways to quickly modify your route, simulating either an emergency diversion or IFR re-route issued by ATC. Or, try out the electronic checklist features that many EFBs provide and compare it to using the old paper checklist.

Curious about how far your airplane will glide if the engine quits? Some EFBs offer a "glide advisor" feature. The simulator is the perfect place to fake an engine out scenario and practice how you might actually use the EFB to ensure a safe landing.

Going on a cross-country on a beautiful VFR day? Try flying it in the simulator with your EFB and make note of some important geographical landmarks, or terrain features along your route and build that familiarization.

Practicing some of these features in the simulator is a lot easier (and cheaper) than when you’re moving at 200 knots!